The Top Ten concerns for retirees

Retirement is right up there
as the tenth most stressful life event.
What are the ten main concerns that worry retirees? 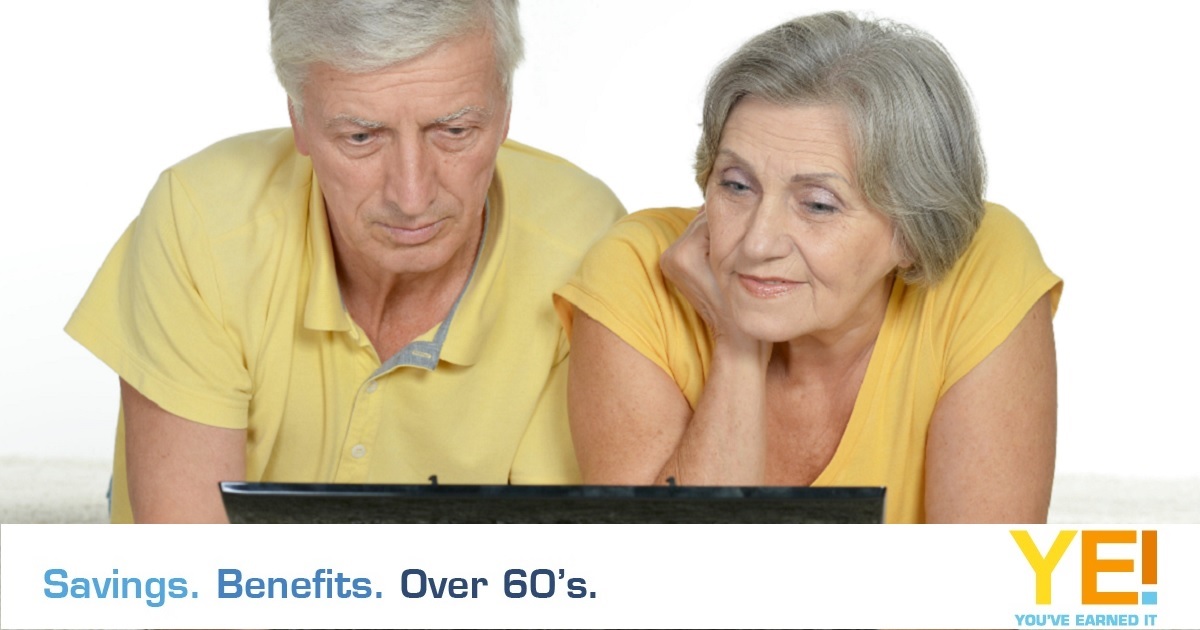 The retirement life stage, whichever way you choose to structure it, can be an incredibly stressful time for those experiencing it.

In the 1960s, psychiatrists Thomas Holmes and Richard Rahe developed a scaled list of 43 of the most stressful events that could happen in one’s lifetime. Interestingly, about one-half of these events are likely to happen during a person’s retirement years. These include events such as the death of a spouse or close friend, severe illness, retrenchment, formal retirement, change in financial state, change in living conditions, change in social activities and moving residence.

Compounding this stress is the fact that many of these life events take place simultaneously in retirement. In addition to these life events, our experience shows that retirees also worry about the following:

Increased human longevity in developed countries means that more and more South Africans are outliving their retirement capital. According to a 2017 Sanlam Glacier report, in the case of a couple aged 65 today, there is 50% chance that one of them will reach age 94. There is also a 25% chance that one of them will live to age 100. As medical technology continues to advance, this trend will continue to extend human life expectancies. The problem of outliving one’s retirement capital could be because 38% of South Africans are not getting the right retirement advice, according to a recent Sanlam Benchmark Survey. However, it is likely that the roots of the problem lie in the fact that South Africans are starting their savings journey too late.

The survey indicates that, on average, South Africans are only starting to save at age 28 when ideally they should start at age 23. Over and above the delay, they are also saving too little of their monthly incomes – around 7%, when savings levels should be a minimum of 15% of income. Worryingly, 62% of individuals do not reinvest their retirement savings when moving jobs, and 90% of employees do not relook at their pension options after joining the company’s pension fund.

The result is that only 8% of South Africans are able to retire with sufficient savings to provide an income at a replacement ratio of 75%. According to the Sanlam survey, the actual income replacement ratio in South Africa sits closer to 40% of final salary. The reality is that, at retirement, your retirement savings have a certain income purchasing value and, if you draw above this value, you run the risk of outliving your capital.

When you are earning a fixed income, inflation can have a profound impact on the quality of your life. Defined as the persistent increase in the level of consumer prices or consistent decline in the purchasing power of money, inflation in South Africa has remained more or less stable at around 5% to 6%, with the inflation rate for pensioners believed to be 0.5% higher than official inflation. Beating inflation is often cited as the most essential function of long-term saving because of the risk it poses in retirement.

To protect one’s retirement income against inflation, retirees are encouraged to keep a healthy portion of their investments in equities so as to have a greater chance of beating inflation over time. While many expenses do reduce after retirement, there are other costs that increase significantly which pose a threat to one’s fixed income. Because of advances in medical science and technology, humans are living longer with severe illnesses or chronic conditions, and the costs of treating these conditions are generally expensive.

With increased age and the onset of illness comes the need for more specialist healthcare interventions, medicines and therapies. Declining physical and mental health increases the need for frail care, assisted living and private nursing, all of which are incredibly expensive and are generally not provided for by medical aids. Retirees living in retirement villages are susceptible to fee and levy increases, as well as energy cost hikes which are endemic in this country

With only 8% of retirees being able to maintain the same standard of living after retirement, many retirees are forced to reconsider their medical aid membership in an effort to cut costs. Medical costs occupy between 7% and 12% of an average retired person’s income, and are likely to take up an increasingly large part of their total income as they age.

Discovery Health data shows that since 2008, total claims costs have increased by 11.4% a year, which is about 5% above CPI, and that half the medical costs you incur in your lifetime arise in the last year of your life. According to Discovery Health, ageing and increased levels of chronic disease are the main drivers of medical inflation. The slow economic growth experienced over the last decade has resulted in fewer young people joining medical schemes when they enter the workforce. The result is an ageing and sicker risk pool which requires new and expensive medicines and technologies to keep it alive.

The onset of Dementia or Alzheimer’s disease

A 2016 study by a Marist Institute revealed that Americans fear developing Alzheimer’s Disease more than any other major life-threatening disease, including cancer, stroke, heart disease and diabetes. Notably, the survey participants feared the inability to care for themselves and being a burden on others, followed by losing memory of life and loved ones.

Although Dementia statistics in South Africa are hard to come by, it is believed that approximately 6% of the population suffers from some form of Dementia. Multiple research studies have proven that delaying retirement also delays the onset of Dementia or Alzheimer’s Disease, and that retirement causes brain function to rapidly decline. A 2013 research report by the French government found that for each additional year of work, the risk of getting Dementia is reduced by 3.2%. France has some of the best Alzheimer’s research in the world.

The report found that working tends to keep people physically active, socially connected and mentally challenged – all the things known to help prevent mental decline. The costs associated with caring for someone with Dementia are often vastly under-estimated as there are just so many costs associated with caring for someone full-time. In addition, there is the emotional burden, legal and estate planning complications, and adjustments to living arrangements that need to be considered.

Being a victim of fraud

In 2015, the South African Reserve Bank investigated 41 illegal deposit-taking schemes, with over 5 000 advance-fee scams having been reported over the past five years. The risk of losing money to scams, Ponzi schemes and investment fraud is a very real fear for many retirees. The Steinhoff accounting fraud shook the South African investment market and, in particular, had pensioners very worried.

The Financial Services Board confirmed that 948 of the 1080 pension funds surveyed had exposure to Steinhoff to the value of R25 billion on 1 December 2017, before the scandal broke. Not all fraudulent scams receive as much exposure as the Steinhoff debacle. Many scamsters use well-known brands and a financial institution as a front for their schemes. For instance, in November 2016, Naspers issues a fraud alert to warn South Africans of a scam promising high returns on share trades made on their behalf, promising 100% returns within an hour. Once victims made the deposit into a third party account, the funds disappeared.

Allegations of state capture have also left members of the GEPF jittery about their retirement savings, with many members considering resignation from the fund in order to get hold of their savings. Fraudulent activities and investment scams run at all levels of the financial services arena, and no one is immune from being scammed.

Losing a spouse or partner

The death of a spouse ranks as the most stressful life event on the scale developed by psychiatrists, Holmes and Rahe, as mentioned above. Because women generally live longer than men, there is a very real chance that women will find themselves living alone for a period in their retirement, and this needs to be accounted for in one’s retirement plan.

The fear of losing one’s life partner in retirement and the thought of battling grief and loneliness is a major stressor for retirees. Besides remaining socially connected in retirement, retirees are advised to ensure full transparency with regard to their finances and estate planning to reduce the burden on the surviving spouse.

A 2012 study by the University of California, Berkley, found that male retirees experience high levels of satisfaction directly after retirement, but that this satisfaction falls sharply within a few years of retirement. Having spent a life-time working, meeting deadlines, feeling needed and being productive, many retirees experience a sense of worthlessness after retirement – which can lead to clinical depression.

In fact, a 2013 study from the Institute of Economic Affairs shows that retirement increases the probability of suffering from clinical depression by about 40%. Statistics from the Centre for Disease Control and Prevention show that the highest increase in suicide is in men over 50, while suicide rates for men are highest among those 75 and older. Formal retirement was identified by Holmes and Rahe as the tenth most stressful life event. Remaining relevant, productive and engaged during retirement is essential to combating post-retirement depression.

Retirement villages and complexes in South Africa are expensive, and retirees should not assume that moving to a smaller house will necessarily reduce their cost of living. When, and whether, to sell the family home after retirement deserves both financial and emotional consideration.

Being a victim of crime

As retirees age, it is only natural that they begin to feel more physically vulnerable to crime, especially in South Africa. Because of the high crime rates, retirement villages that offer 24-hour security are incredibly popular although, naturally, security comes at a price. Very often, it is an incident of crime that acts as a precursor to downscaling to a smaller, more secure unit.

High-end retirement villages that include security personnel, 24-hour camera surveillance, boom access control, alarm system and armed response units are in high demand, but the costs of these units need to be incorporated early on into your retirement planning in order to be affordable.

With 92% of retirees being under-funded for retirement, more and more pensioners are relying on their adult children for financial support. A 2015 Old Mutual Savings and Investment Monitor found that 25% of all working metropolitan South Africans are supporting their children and their aged parents at the same time. As the costs of living continue to rise and the South African economy continues to stagnate, this trend is likely to increase.

The associated emotions of guilt, frustration and resentment can put strain on family relationships and cause household tension as adult children struggle to educate their teenage children and care for their ageing parents at the same time. Many adult children end up delaying their own retirement funding in order to support their retired parents, which in turn perpetuates the cycle of dependency.

Retirement is not all dining, golf and sunset walks. There is a lot more to worry about in retirement than how to spend your time. Financial preparation for retirement needs to be supported by emotional preparation to ensure that you are fully ready to embrace your next chapter. 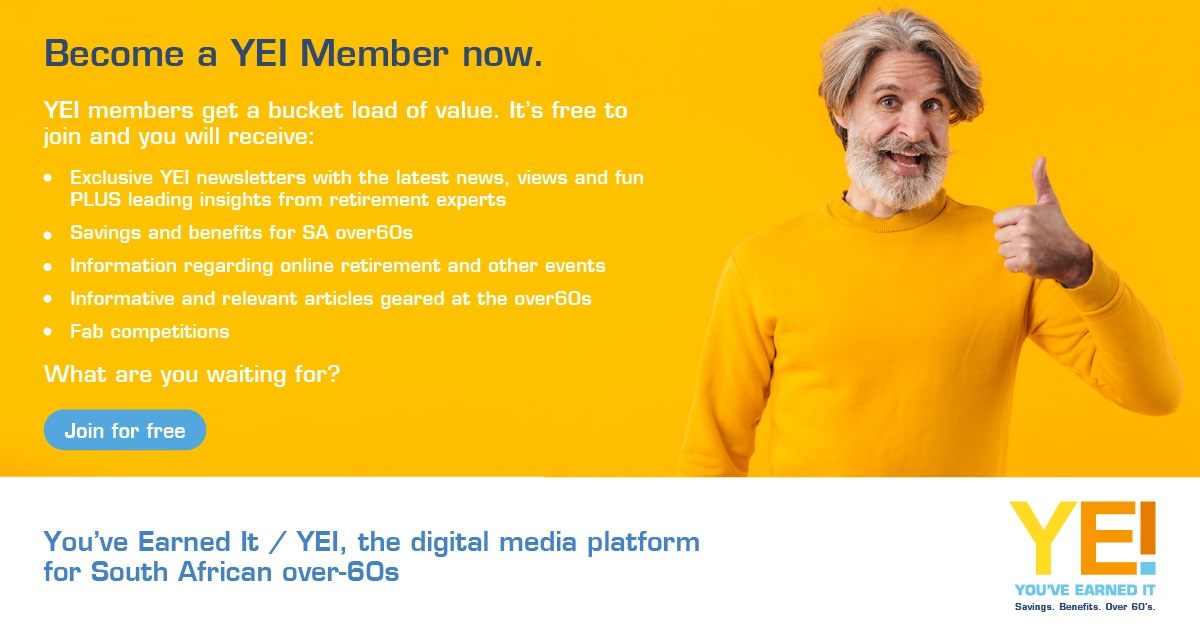 Life rights – the pros and cons 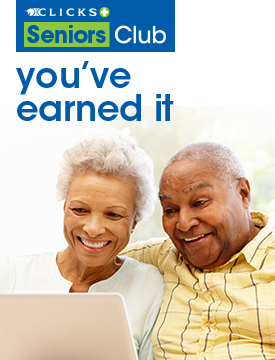 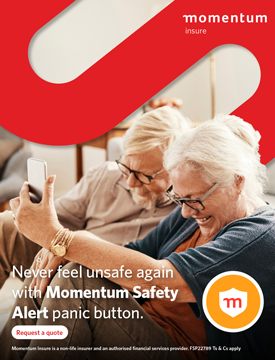