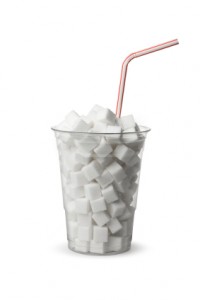 Alcohol and tobacco are regulated and taxed by governments around the world.   Do you believe that the South African Government should include a sin tax on sugar, sweetened drinks and food in an effort to discourage people from consuming excess sugar?

A wave of obesity is unfurling world-wide and research shows that around 35 million people die each year from heart disease, cancer and diabetes.  For the first time in human history, diseases such as these are a much greater health burden on the State than infectious diseases.

Sugar is believed to be one of the primary culprits behind this worldwide health crisis of obesity which has lead to this pandemic of non-communicable disease.  Researchers say that a levy on added sugars would discourage intake and assist in the hugely growing cost in sugar-related health problems.

In a recent article in “Nature”, it is said that the consumption of sugar has tripled in the last 50 years.   Sugar has no nutritional value whatsoever, but these “empty calories” trigger weight gain and in turn, the obesity crisis, liver toxicity and a host of other chronic conditions.  A little sugar is considered not to be a problem, but a lot slowly kills.  There are now 30% more people who are obese in the world in comparison to those who are under undernourished.   Sugar induces many of the diseases associated with “metabolic syndrome” and accelerates ageing.   Experts believe that sugar affects your blood pressure, metabolism and liver.  It can suppress the hormones in our bodies and therefore leads to overeating and craving more sugar.

Taxing sugary foods will boost state income, and in our aversion to paying tax, we will hopefully consume less sugar thereby improving our diets.  It is thought that by implementing a sugar tax, obesity rates could be reduced by as much as 5%, which would result in radically reduced medical costs within a relatively short period of time.

International bodies believe that focus should not be on limiting fat and salt, but on “added sugar”, which includes any sweetener containing fructose that is added to food during the processing stage.  This thinking aligns to Professor Tim Noakes’ dietary revelations in his article  on carbohydrates, featured in the YEI e-Newsletter in May 2012.

There is a school of thought who believes that discriminatory taxes on sugary foods and beverages is misguided.   Needless to say, some beverage and food industry groups believe that consumers should be in a position to make their own drink choices, and that their sweetened food and soda are not responsible for the worldwide obesity.

Think about our ancestors.  The only form in which sugar was available to them was as fruit – and only at harvest time.  Honey was also available, but this was guarded by bees.  So Nature made it difficult to get hold of sugar.  Man has made it easy.

Some tips to reduce your sugar intake:

Like everything in life, moderation is the key word.

What is your opinion?