My metamorphosis from teaching to early retirement to entrepreneur

From “chalk and talk” to early retirement
to entrepreneur, and everything in between. 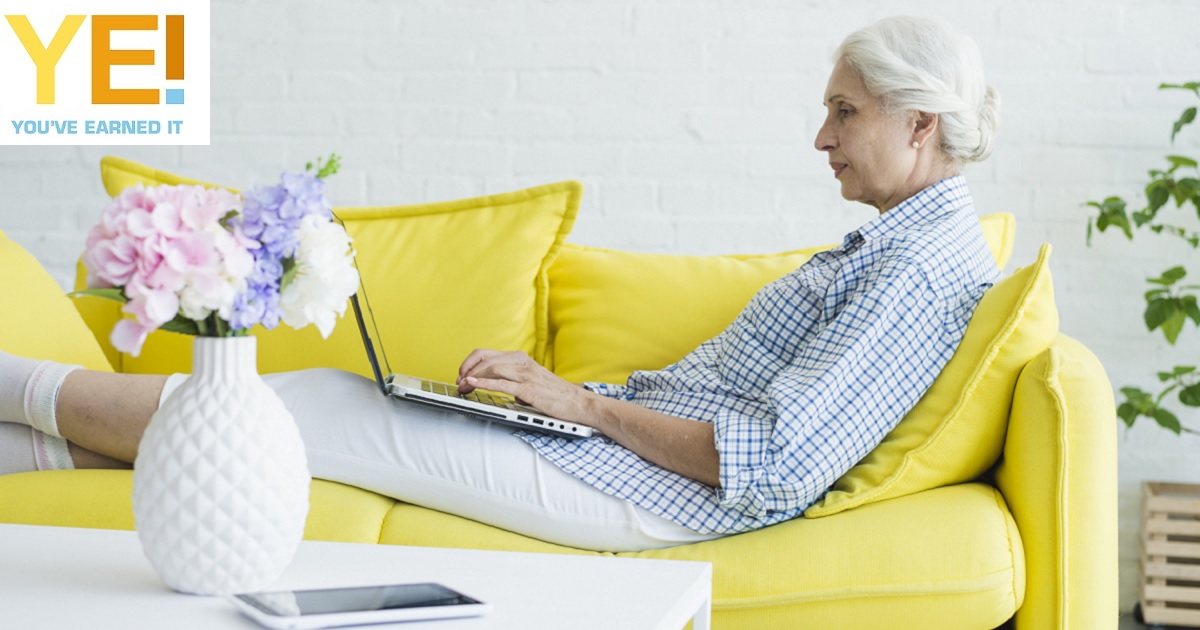 Thirty five years teaching in the  UK was just enough time served to warrant early retirement – so at 55 that’s what I did.  My husband and I sold nearly all our worldly possessions apart from 6 boxes of ‘stuff’ which we shipped off – and moved to Swellendam.  The plan was to renovate a dilapidated old farmhouse and turn it into a Guesthouse.  After initially struggling to adapt to the ‘just now’ culture of Swellendam, we did manage to get the place ready for occupancy by guests within a few short months at which time, our lives in the hospitality industry took off to a flying start.

Our boxes of ‘stuff’ arrived eight months later, at which time, we scratched our heads in wonder at what we had initially believed was necessary for our new life!   I had naïvely thought that I would enjoy being ‘mine host’ but actually I had not realised how hard it is to be NICE to people all the time! (Especially when they espouse racist views or come with badly behaved children as extras.)  We had fantastic reviews on Trip Advisor and became very successful – but the odd critical review from someone who ‘couldn’t find the soap’ or had been ‘kept awake by the wind’ struck hard – and gradually the joy dissipated.

Having left my daughter behind in UK, I had  turned to social media as a way of keeping in touch with her and found that I had a natural affinity for the on-line life. I became quite an expert – and started an e-newsletter (Swellengram) for locals. Initially it was just a voluntary thing – I liked to know what was going on in town so that I could keep my guests informed – but it grew and grew – and began to take up a considerable amount of time every day.  I decided to turn it into a business – and from a humble list of 20 contacts, I now have over 6000 voluntary subscribers and a website www.swellendam.com.    Along the way, I have taught myself various design software programmes, and in addition to creating the daily newsletter, I design booklets, posters, and manage the social media of several local businesses. 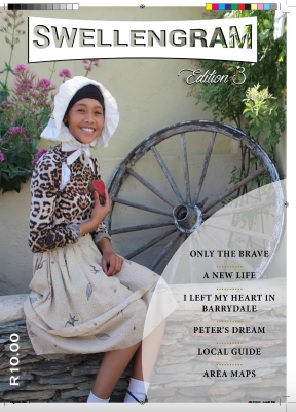 My husband and I have become known locally as Mr and Mrs Gram – and, because of the Swellengram events calendar, daily news and local stories, we are considered in town to be the fount of all knowledge! It can take quite a long time to get the shopping done  as we are stopped frequently by people who are strangers to us, but who consider us personal friends, to be asked what the weather forecast is, the best place to eat on a Monday, what time does the band start playing ……

After running the guesthouse for 12 years we qualified for permanent residency, so we sold up and had a little log home built in Buffeljagsrivier, where we live with #Notourcat who moved in on day 1.  The Swellengram business keeps us both extremely busy  – Mr Gram does the finances – and the best thing?  I don’t have to ‘be NICE to people all the time’!

Now at close to 70 – an age when I guess I should be retiring, I am probably more busy than I have ever been in my entire life.  I feel an energy for life that I never had when doing the ‘chalk and talk’ or apologizing to guests for wrapping up the soap so that they mistook it for a chocolate.  I so enjoy knowing what is going on and sharing it with everyone.  I suppose I am the modern equivalent of the stereotype of the old lady peeping out behind the lace curtains to spy on her neighbours.  Except I have no lace curtains and no neighbours  – just a stunning view in a beautiful area.

The question that I have been asked more than any other, (and would have made us financially independent for the rest of our lives if we could only find a way of being paid for the answer) was …. “Why Swellendam?”

People actually asked us this as they sat on our deck of our guest house in the sunshine, being entertained by sunbirds, weavers, cape white eyes, bulbuls, olive thrushes and drongoes,  looking out at  the beautiful Langeberg Mountains and down into the valley where sits the beautiful church. They asked this question while being delighted by the harmony and friendship surrounding them. We would just shrug and wave airily at the beautiful view and say “That’s why”. 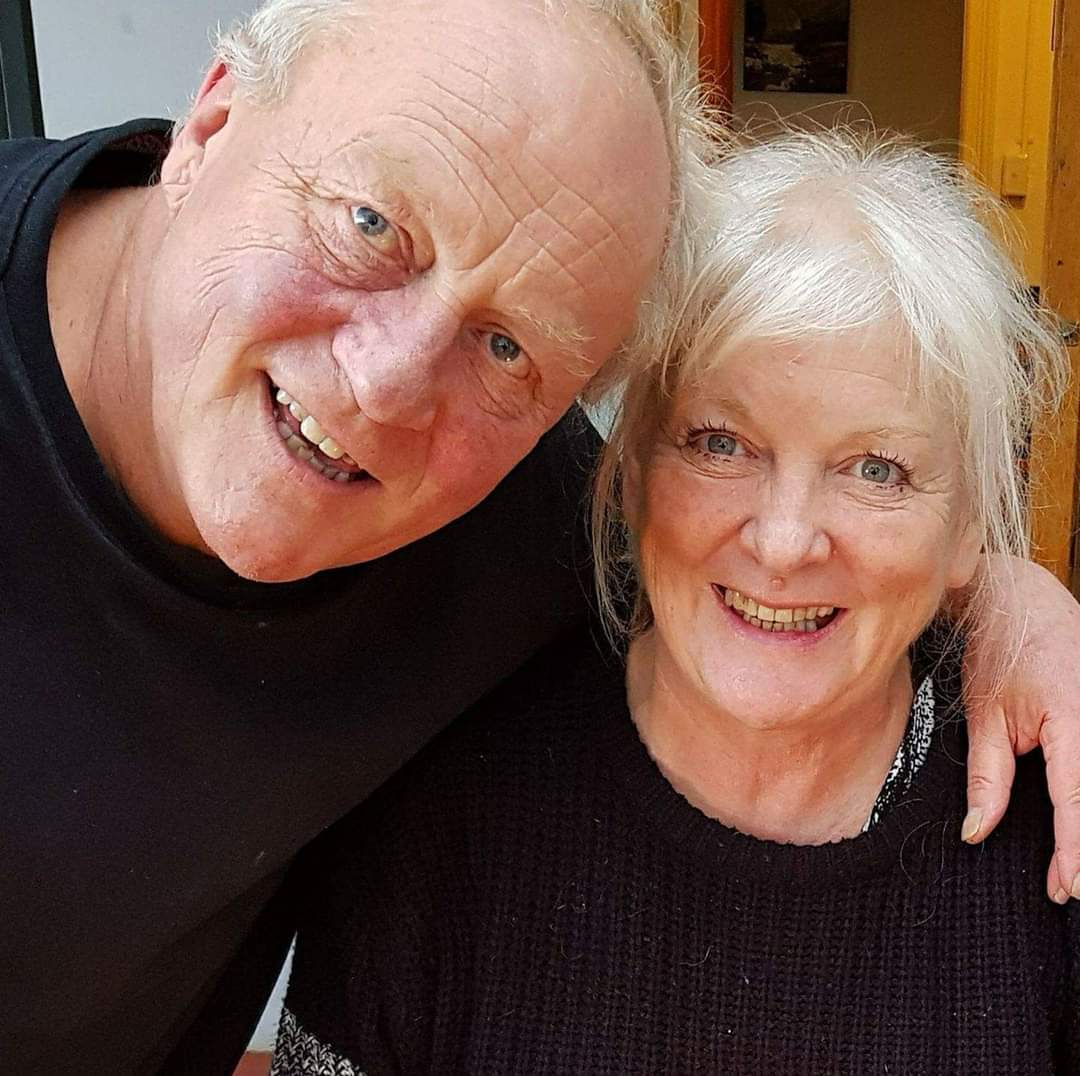 Since writing the above article, Mrs Gram’s circumstances have changed.

Dave, my husband, felt ill in January, went to the doctor, and was sent to Vergelegen Medi Clinic and had 3 stents put in as he was suffering from heart congestion.  Came home, all seemed to be well,  Then had a heart attack in the street, but we were so close to the doctors surgery, that they were able to treat him quickly and off he went to Vergelegen again.  Once more he improved, and came home to rest and get his blood thinned so that he could have some other procedure.  Then comes the news we are going into Lockdown, and the clinic rang to say the procedure was to be postponed. He started collapsing a lot and when, on the first Sunday of Lockdown he fell into the bathroom mirror smashing both it and his head, I realised I had to get help – got him to the local hospital where they said he had acute kidney and heart failure and would be unlikely to last the night.  I was sent home as “No Visitors Allowed”   I think this was the lowest point for me, that I was leaving him to die alone without the opportunity to say goodbye

BUT, being Dave, he wasn’t having any of that!  He hung on, and the doctors did eventually make an arrangement for me to sit with him as they thought he was about to die, and at that point there were no Covid cases.  the doctor told us both that he had only days to live – and after spending that time in the hospital with him, there was no way I was going to let him spend those days there. So, even though I was terrified, he came home.  For at least a month, he had some good quality of life.  He even got walking again, and we would spend an hour every evening together having a G and T – even (British Dark Humour) about how we were going to run out of banned alcohol if he kept on going,…..  But we both knew time was limited – and he started to deteriorate and what happened over  the next month is a period of my life I hope I will eventually be able to forget. What a circumstance to find oneself in – at the age of almost 70, trying to care for someone in dire medical condition, with no help, no family, no friends! He had epileptic fits, couldn’t talk, was incontinent, and was a deadweight to move and lift.  And I am the worst nurse at the best of times, so I felt so sorry for him, SO his death two weeks ago was a release for him and a relief for me – if that sounds harsh, its not meant to be,  My Dave had died five weeks previously, and seeing him in this humiliating state and being unable to help him was so awful.

So since then  I have just kept myself really busy – ironically now I am enjoying the opportunity that the solitude of Lockdown has provided – time to reflect and accept.  Fortunately, Dave was and had always been explicit about his last wishes, which was no funeral – as it would have been a pretty lonely one for me with no family in SA and the rules being immediate family only!

I cannot thank the amazing community of Swellendam enough, who despite all the horrors and challenges that Covid-19 and Lockdown brought about, did everything they could do support me. Daily messages of support, offers of help that they couldn’t really give… those years of supermarket encounters really showed in the love and warmth that was poured out. Social media was one of the key factors in my coping mechanism.

Now a new life goal has emerged:  I have decided that I will evolve from lace curtain twitcher to crazy old catlady – (with #notourcat now named Henry) and now that the alcohol ban is lifted, a tipsy one at that.

The well-kept secret of the dorpie that retirees love

A perfect post-lockdown activity for SA seniors – unleash your creativity 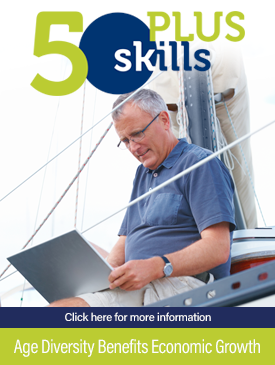